Note: Roy’s GTD Story is in the form of an email he sent to David Allen about project planning. David’s response follows.

One HUGE takeaway from GTD for Teens that I haven’t gotten from any other GTD source: It is written on pages 106-107, that as you’re clarifying your projects, you ask yourself “What’s Next?” 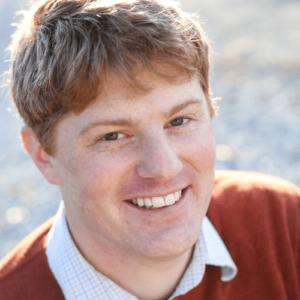 This is NOT the project definition. It’s also not the next action. I think of it as project chunks (maybe milestones?). Maybe not relevant for many smaller projects, but for the kind of bigger projects I often do, this is a really important part in the project brainstorming process.

Example: Let’s say, I need to build a shed. First I have to pick a shed option. Then I need to get the supplies, materials, and tools necessary. Then I need to start building (maybe broken into foundation, framing, finishing). Then I need to move my stuff into the shed.

I don’t build sheds. But we may replace the shed outside of our house soon. And in that quick paragraph, I created those project chunks, in each of which there may be anywhere from a couple to dozens of next actions. (Actually, before I sent this, I captured that thinking in my New Shed project on my Someday Maybe list, and added a couple other chunks/milestones, too!)

And yet, within that chunking thinking, I established the key project milestones and chunks that can stimulate the sometimes rather big leap from “What result do I want?” to “What’s the next action?”

That’s my first thank you…

My second thank you is…

I’ve been going through my quarterly re-review of the GTD methodology until I have it on total cruise control. In doing so, I caught up with the podcast episodes, and found GTD for Teens. This is the PERFECT time for me, because my oldest son is 10, turning 11 this spring. And he’s going into middle school in the fall. And so I’m discovering it at just the right moment to equip him with these tools that I sorely missed in middle school… And high school… And even into college and adulthood. (I was the proverbial underachiever that easily averaged an A or A- in subjects that interested me, but would hold an F until the very last minute in classes that didn’t, at which point I’d pull that around to a C by catching up on all my work.)

My son is actually interested in reading the book and talking about the methodology. We’re starting to incorporate some of it into dealing with challenges and stresses he’s facing at school.

I’m also applying it at other levels with our two younger kids, 8 and 5. (The hamper cleaning trick is wonderful!)

Here’s my third and final thank you…

We also have very close family friends who are teachers. They also have 3 kids (so do we) with their ages older than ours by about a year in each case.

I never felt like GTD was something super easy to introduce to people outside of business/work. Even with other resources like Making It All Work. But with GTD for Teens, I have the perfect resource to share with them (which could quickly impact dozens if not hundreds of lives).

It’s at the top of her reading list for spring break, and will likely be on his shortly after!

So please accept my triple-thank-you.

I do think that more emphasis on project chunks or milestones — even just via a podcast episode — could make it easier for many to implement.

Delightful to read your missive.

You make a good point about “chunks” of sub-projects. Actually that is backhandedly addressed in the Natural Planning Model®, for which organizing follows brainstorming, including components (chunks), priorities or sequencing (could be all); then next actions.

We’ve had quite a bit of feedback about the GTD for Teens book being a great way to introduce spouses, partners, others through an easier-digested format.

Thanks for sharing,
David

This site uses Akismet to reduce spam. Learn how your comment data is processed.